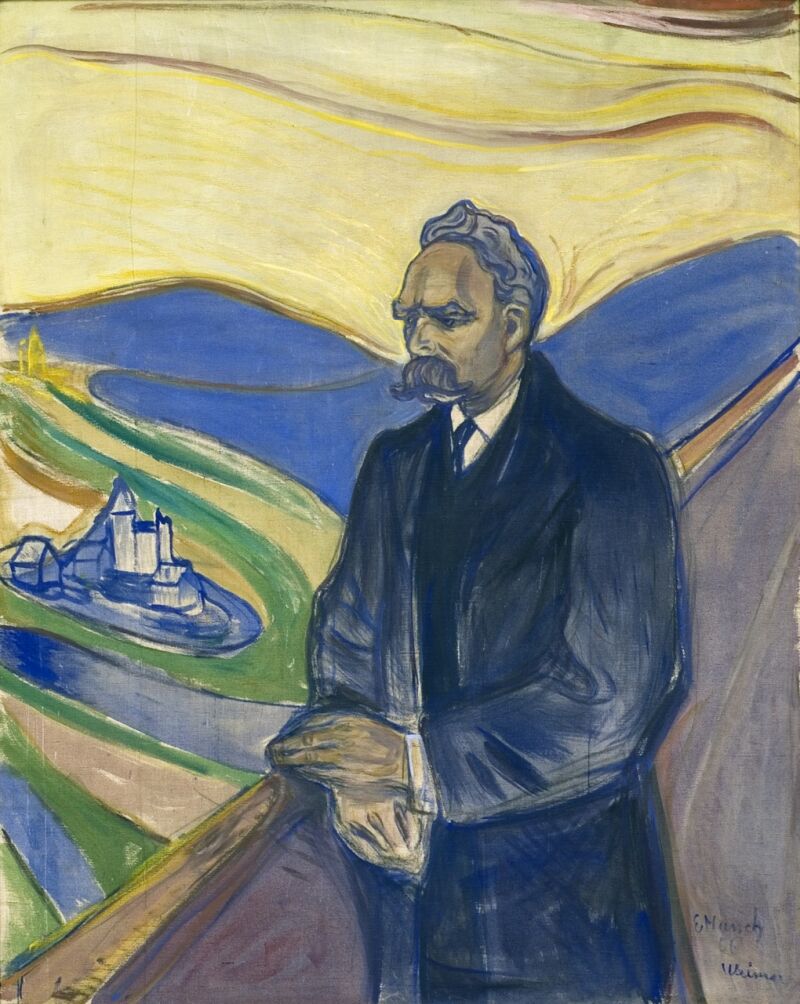 In honour of the 150th birthday of Norway’s great artist Edvard Munch, we present our greatest endeavour in the history of Thielska Galleriet in Stockholm: the exhibition Munch! — Nietzsche, Thiel and Scandinavia’s greatest artist, featuring works from the period 1880-1910, a total of more than twenty oil paintings and a large part of the artist’s prints.

Munch! is built around the artist’s famous monumental posthumous portrait of Friedrich Nietzsche, the great European philosopher of the era, commissioned in 1905 by Ernest Thiel, the prominent Swedish banker, businessman and patron of the arts. Ernest Thiel, who built Thielska Galleriet as his private home and to house his unique collection of Scandinavian and international art, was a devoted admirer of Friedrich Nietzsche and considered Edvard Munch to be the foremost artistic interpreter of the philosopher’s spirit and ideas.

Ernest Thiel became Edvard Munch’s foremost collector and patron over an important period during which he built the largest and most distinguished Munch collection outside Norway. Highlights of this collection, alongside the Nietzsche portrait, include Despair (1892, the first version of The Scream, painted the following year, in 1893), On the Bridge (1903) and The Sick Child (1907). In addition to the museum’s own collection of twelve oil canvases and 99 prints, the exhibition features paintings on loan from Nasjonalgalleriet and the Munch Museum in Oslo, from several Swedish institutions and from private collections.