The Thiel Gallery is recognized as one of the finest art museums in Sweden and is beautifully set in walled grounds at Blockhusudden in the royal park of Djurgården. The gallery houses a unique collection of works of art from the late nineteenth and early twentieth centuries by leading artists of the period including Eugène Jansson, Carl Larsson, Bruno Liljefors, Edvard Munch, August Strindberg and Anders Zorn.

The building was designed by Ferdinand Boberg specifically to house banker and art patron Ernest Thiel’s magnificent art collection and was completed in 1907. The Thiel Gallery also served as Ernest Thiel's home from 1907 to 1924 and has remained largely unaltered ever since.

The upper floor was designed in accordance with Thiel’s own proposal of two large rooms “whose walls would be covered with paintings”. These two rooms, as well as the grand Munch room, all have glass roofs that admit daylight.

The tower room is surely the heart of the gallery – or perhaps its soul – containing Nietzsche’s death mask and prints by Edvard Munch.

It becomes apparent just how meticulous Ernest Thiel was in his choice of lighting, in the disposition of the rooms, the choice of colours and so on. The collection and the building together form a strikingly beautiful entity. 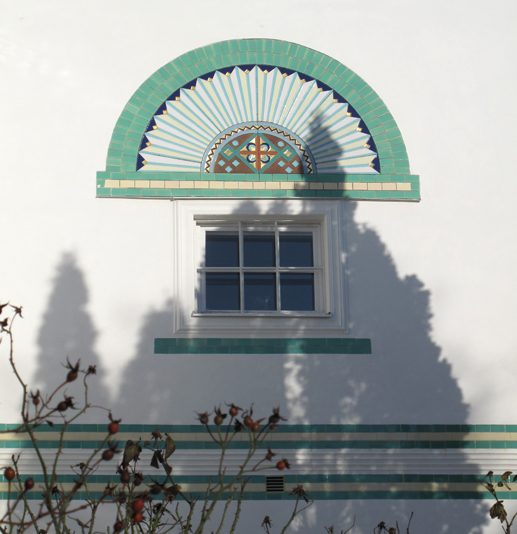 The various sections of the buildings that comprise The Thiel Gallery are composed in a manner that is reminiscent of both the Italian Renaissance and the architectural traditions of southern Europe and the Orient.

Equally relevant is the building’s affinity with the style of late art nouveau represented by the so-called Viennese school of architecture. Characteristic of this style are the geometric and cubic shapes, uncluttered surfaces and sparse decoration.

The gallery has been subject to a number of alterations over the years. In 1932 the old kitchens and staff quarters were converted into a modern dwelling for the curator of the gallery. That is now turned into a café. The former bedrooms have been part of the gallery and are now used for temporary exhibitions.

The grounds in which The Thiel Gallery is set take the form of an undulating meadow, rich with blooms among the grass in the spring and dominated by colourful leaves on the numerous trees in autumn. Ernest Thiel’s ashes are buried beneath a rock below Auguste Rodin’s sculpture “The Shadow”.