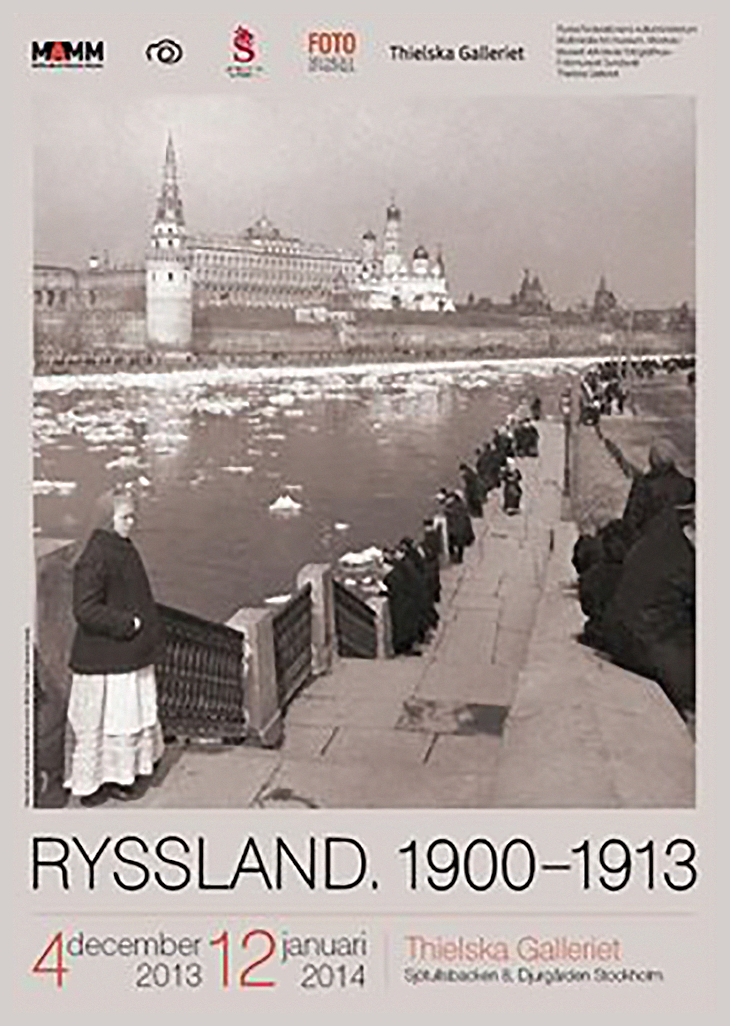 This exhibition is part of 'Russia: The 20th Century In Photographs', a unique multimedia project by the Moscow House of Photography to establish a photo-archive of Russian history. Its aim is to follow the actual course of historical progress through the 20th century and recreate an authentic image of the events and personalia of a past epoch.

The exhibition covers various aspects of life in Russia at the onset of the 20th century, from celebrations for the 300th anniversary of the House of Romanov to family festivities, domestic theatre or street scenes… Russia as it really was – the life of a vast empire on the eve of the First World War shown in all its diversity: capital cities and the provinces, palaces and hovels, luxury and poverty, the army and civil society. Cultural life at the beginning of the century is broadly represented: sketches from the Moscow Art Theatre and Mariinsky Theatre, guest receptions at Ilya Repin’s estate Penaty and White Daisy Day (a campaign against tuberculosis), Leo Tolstoy at Yasnaya Polyana and a Russian costume ball in the Winter Palace, Maximilian Voloshin in Koktebel and the 27th Exhibition of the Peredvizhniki in Moscow. Particular attention is given to architecture and the urban landscapes of Moscow, St. Petersburg and chief cities of the Russian regions.

An intensive assessment of future development paths for mankind is impossible lest we understand and interpret the lessons of bygone days. The history of 20th-century Russia has been written and rewritten many times. But photography has been and remains one of the most authentic material testimonies of the past epoch. It is essential to collect photo-chronicles of the Russian state over the last century, for self-identification with our own past and for the discovery of valuable reference points with a bearing on the future. The goal of this exhibition is to provide an impartial look at the development of Russian history in the early 20th century and to answer the simple questions ‘what?', ‘where?' and ‘when?'. Photographs help us to emotionally experience past events, to realize that each one of us is directly participating in the creation of our country’s history. Every minute of our life becomes a priceless historical fact.

Some 100 works by 20th-century Russian photographers are displayed at the exhibition, by well-known figures such as Pyotr Pavlov, Maxim Dmitriev, Karl Bulla and Iosif Otsup, by amateur photographers whose evidence is of no less importance such as Sophia Tolstoy (wife of Leo Tolstoy), Vladimir Shukhov (world-famous engineer, inventor and architect) and Pyotr Vedenisov (the pianist), as well as by unknown authors whose names have not yet appeared in the history of Russian photographic art, who were consigned to historical oblivion.

Interest in history denotes interest in details. Perceiving the meaning of our own existence gives an understanding of how and for what our parents and grandparents lived. This also determines the extent of responsibility for what our children will see when they look at photographs of life today.

An exhibition in collaboration with: