Olof Sager-Nelson and his contemporaries – Anywhere out of the world 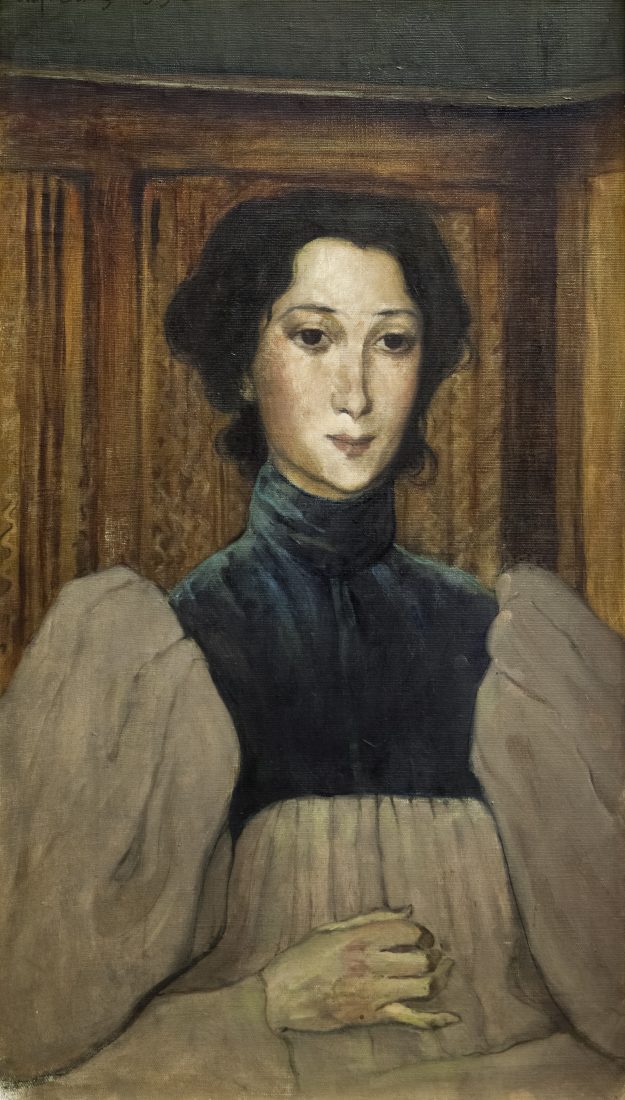 The years around 1900 were a revolutionary time, with rapid industrialisation, modernisation and scientific progress. At the same time, many people sought to look towards the darker sides of life and the mystery of human existence.

Olof Sager-Nelson (1868-1896) was an artist who lived in the midst of this turbulence and became known for his soulful portraits. He was born in the Swedish province Värmland and studied art in city of Gothenburg. Sager-Nelson was drawn to the art scene in Europe, where he painted his most important works. Never returning to Sweden, he died at the mere age of 27, in the oasis of Biskra, Algeria, where he was trying to cure his tuberculosis.

This exhibition, which features nearly twenty paintings by Olof Sager-Nelson, seeks to show his works in a larger perspective. His paintings will be shown together with a rich selection of mainly Nordic artists from the same circles, along with others who worked in the same tradition. For the first time, Sager- Nelson is presented as part of an international movement, rather than as a Swedish oddity. Ernest Thiel appreciated Sager-Nelson and bought four of his works after the artist’s death, for the collection here at the Thiel Gallery.

The title of the exhibition, "Anywhere out of the world”, is from the French poet Charles Baudelaire, and alludes to the restlessness of the soul and the desire to exceed the limitations of reality. The longing for alternatives to the current state in society is something we see in our own time. Sager-Nelson’s oeuvre is characterised by a profound interest in humanity and reminds us that our encounter with others is an opportunity to expand our own horizons.

The exhibition is produced by Göteborgs konstmuseum.

Art and the artist role were transforming in the late 19th century. The purpose of art was to serve as an exalted counterweight, a veritably holy duty. In the influential Salon de la Rose + Croix in Paris, the artist was hailed as a priest, king and prophet of the new era. “Their eyes see what you cannot see,” said their leader, Joséphin Sâr Péladan.

Mysticism, haughtiness, introverted quest and proud rebelliousness are evident in the faces of several portraits in this room. The Finnish artist Beda Stjernschantz appears to be playing the role of enigmatic prophet, while Olof Sager-Nelson himself looks absolutely electrified, as though in a state of ecstasy. He left his studies at the Chalmers University of Technology in Gothenburg to devote himself to art.

Esotericism and mysticism were united in the resistance against modern society and bourgeois taste. The criticism against the growing materialistic values and emerging nationalism in Europe linked symbolism with radical movements such as anarchism, feminism and satanism. Women artists became more prominent and publicly visible. The notion of women as educated, independent and intellectual gradually replaced the previously more common portrayals of women as muses, spiritual beings, temptresses and fantasies.

Symbolism was an international movement at the turn of the century. It used aesthetics to challenge and transcend the terms of everyday life. In art, the symbolists turned away from the idealism of the art academies and the impressionist and realist artists’ portrayals of reality. Olof Sager-Nelson was ambivalent about symbolism, however. In Sweden it had attracted him early on, but in Paris he objected to what he perceived as dogmatic and derivative. The portraits in here reveal his affinity and kinship with the friends he made in Paris, including artists and models such as Ivan Aguéli and Jeanne Tramcourt. Madame Huot was a writer, animal rights activist, feminist and occultist. Sager-Nelson rented a room in her apartment on the outskirts of Paris. Ernest Thiel visited her ten years after the artist’s death and bought this portrait. The mouth is closed, but the hand reveals inner emotions and a strong willpower.