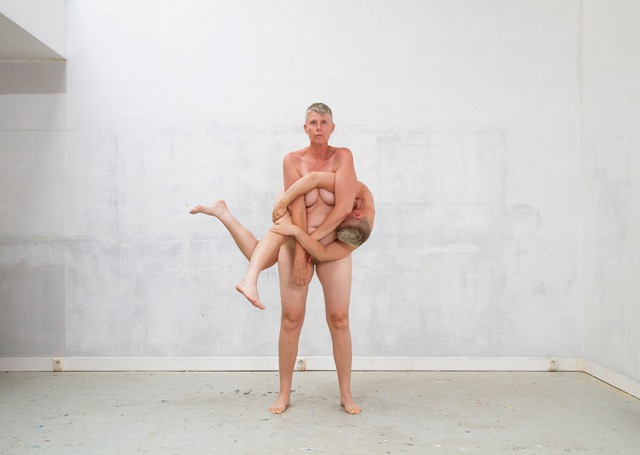 A nude study is an artistic representation of the naked human body. The body itself is the subject, in that the model performs an act by striking a pose. This exhibition explores and offers new perspectives on the tradition and art historic conventions of the nude.

In an entirely new series of photographic self-portraits, Karlsson Rixon poses for the camera with colleague Mario Fjell. In total earnest and with playfulness, the nude is presented in a new and unexpected way.

Diana Agunbiade-Kolawole experiments with the photographic process in her quest to produce honest images of the body. Using her own body as artistic material, she creates pictures of physical presence without lenses, filters or image manipulation.

Nude is a series of interactions between two bodies and portrays the artist in a life phase associated with reflecting on the body in relation to queerness, trans identity and ageing. In this playful, intimate and earnest piece, the viewer encounters a performative, staged
moment where one body carries, balances, handles, or is invaded by, another body. Perhaps the two together form a new organism that is in perpetual metamorphosis, a body that does not correspond to the habitual concept of how a body looks and behaves.

Nude relates to previous works by Karlsson Rixon from around 1990, which also explore physical expression. The years that have gone by since then have left visual signs on the body, while experiences and discourses have opened up for new understandings of how we can reason and feel about ourselves.

The Thiel Gallery collection includes nearly 200 etchings by Anders Zorn, from which Karlsson Rixon has selected a few, based partly on an artistic practice as a photographer, and on the potential to discern queer desire – feelings, thoughts and experiences that do not adhere to a heterosexual norm.

The photographic gaze. Several of these etchings resemble snapshots, with their random cropping and the way they capture movement. Technology and seeing have impacted on the composition and representation of bodies. Zorn often used a camera in place of sketching.

Photography occupies more and more of our everyday lives. This is a medium that we trust, even though we know how easy it is to manipulate photographic images with lenses, filters and digital processing. It is a democratic and accessible technology, but also a challenge for anyone who wants to move on and do something artistic and experimental.

Diana Agunbiade-Kolawole strives to create truthful pictures of the body but chooses not to use the camera for her project Honest portrait. Instead, she applies photographic liquids to her own body and presses herself onto the black-and-white photo paper. Thighs, back,
breasts, hands and feet appear on the surface, forming a kind of life-size copy of her body. She has also experimented with capturing her breath, which spreads like particles across the image. The nude study is conducted as a performance – witnessed by an audience, who can recount its making. The photographic image is not fixated but is aged by atmosphere and light, and the colours change constantly.

The physical and spiritual presence of the body is manifested beyond classical ideals of beauty. Diana Agunbiade-Kolawole wants to help change our contemporary obsession with superficiality and beauty ideals, not by replacing them with something new but by offering her own actual body: - “If it’s real, it’s beautiful!” 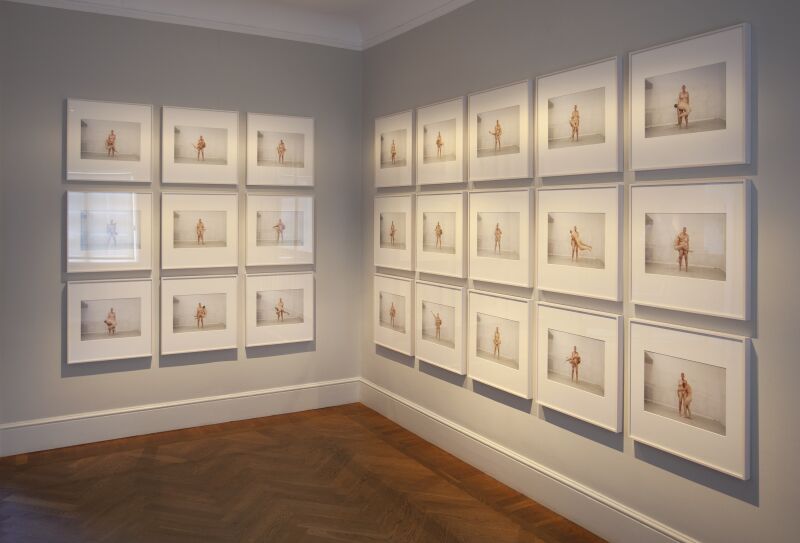 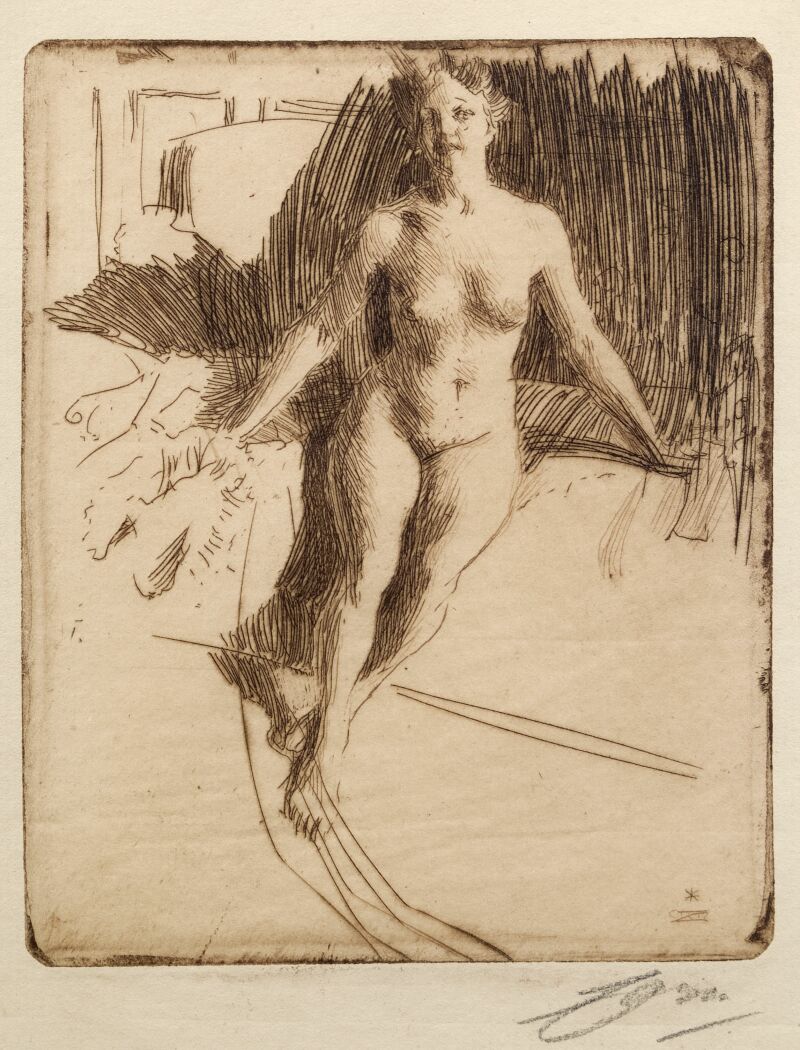 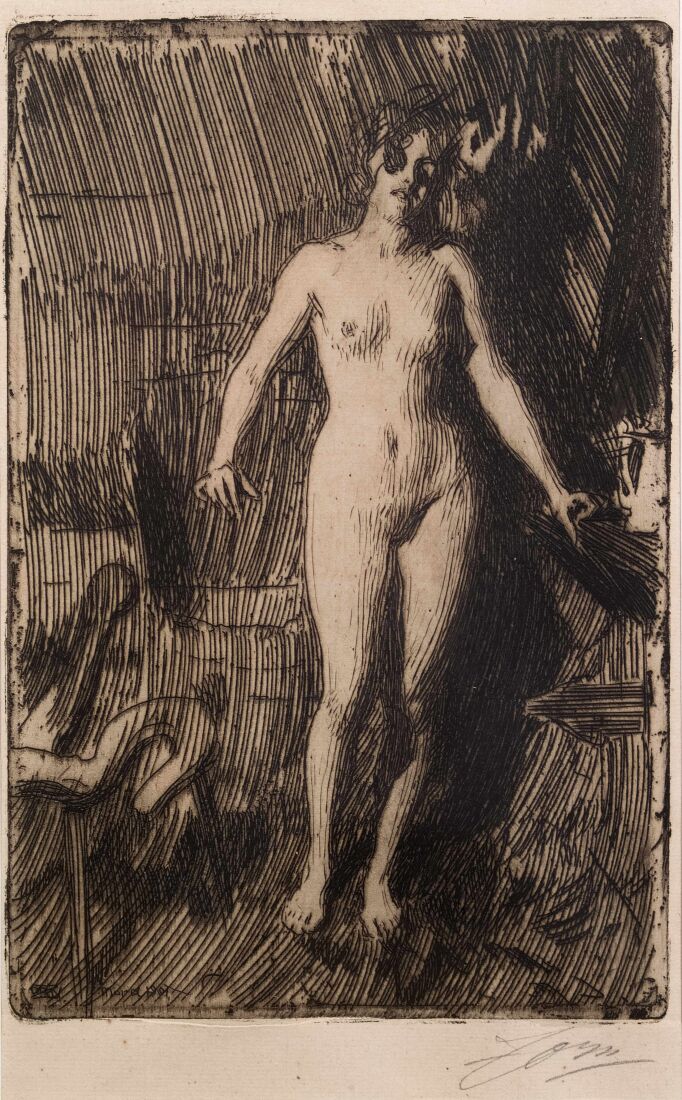 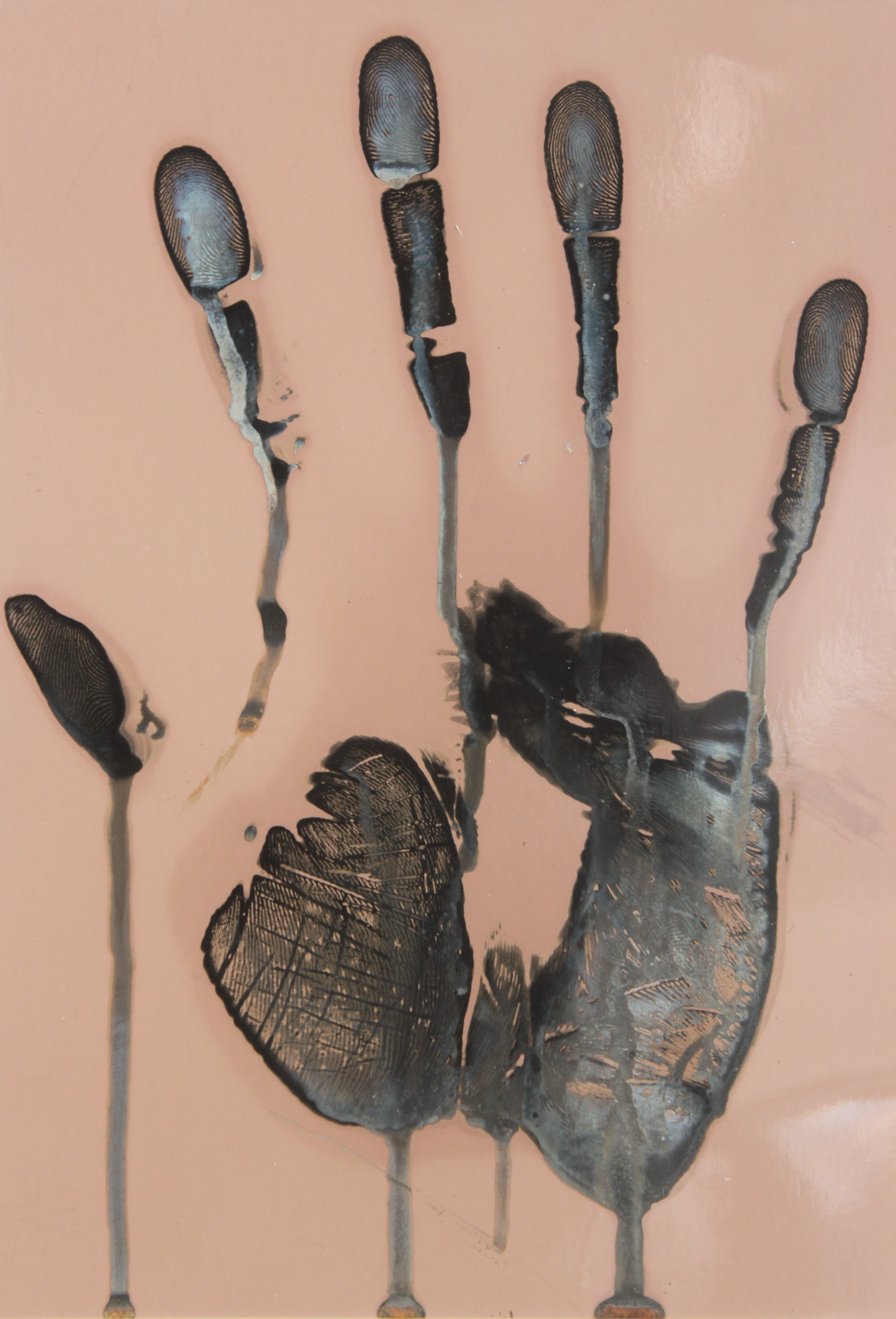 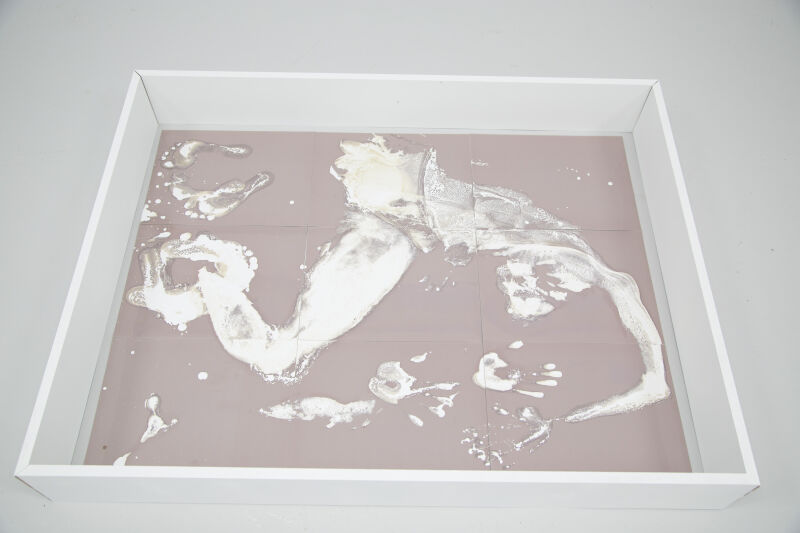 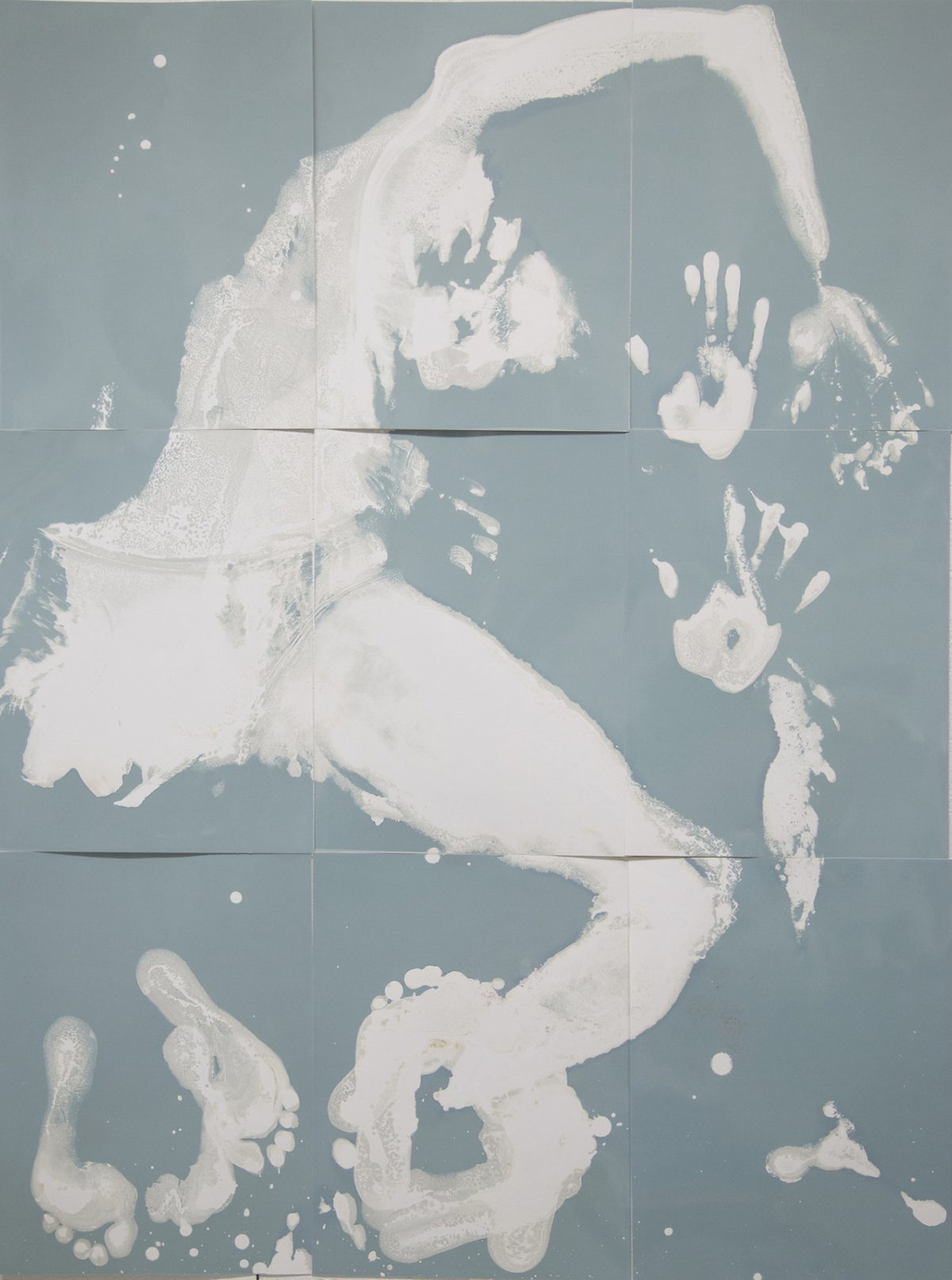 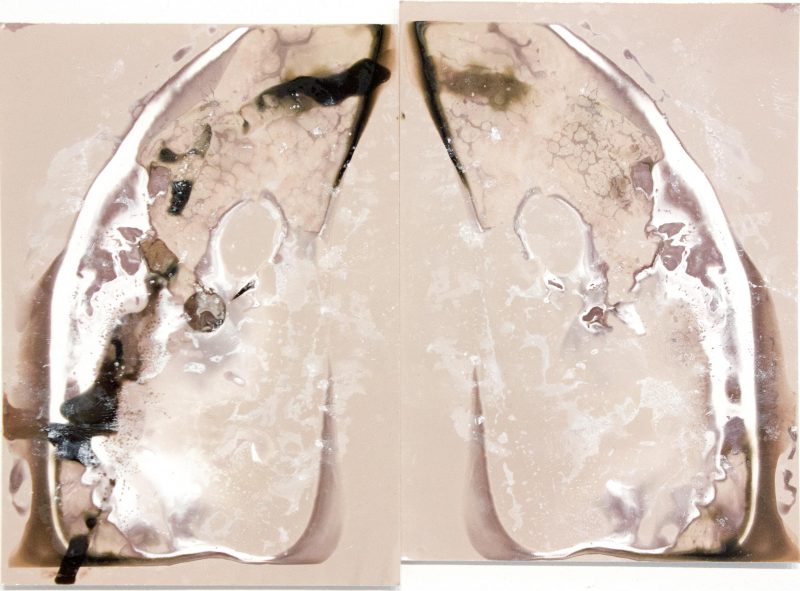