With twelve oil paintings and nearly 100 prints, the Thiel Gallery has one of the largest collections of Edvard Munch’s art outside Norway. The collector Ernest Thiel in Stockholm, Sweden was Munch’s greatest patron during a period in the early 1900s, buying most of the works straight from the artist himself. Even today, the Norwegian artist’s oeuvre dominates the main hall of the Thiel Gallery. 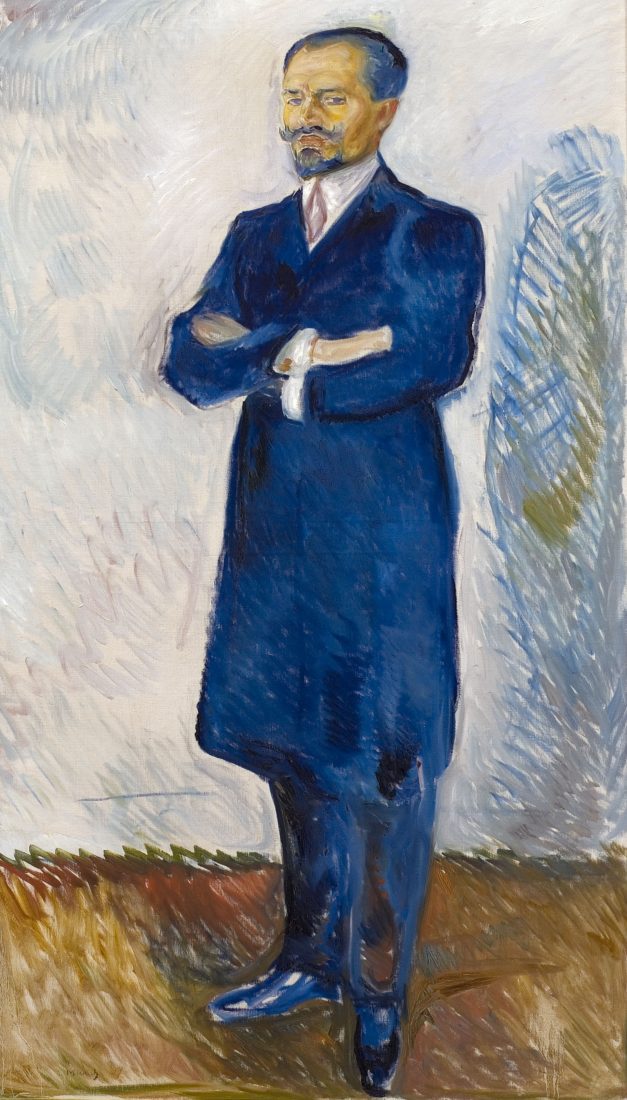 Munch perfectly matched Ernest Thiel’s taste for radical art and artists who took their own path. In 1886, Munch made his successful albeit scandalous breakthrough with his painting The Sick Child, shown at an exhibition in Oslo (then called Christiania), the capital of Norway. Some considered it to be sloppy and unfinished, but other critics pronounced him one of the most interesting artists of his generation. Munch was clever at using the bad press to craft his own reputation of being an idiosyncratic artist. The scandal, and Munch’s subsequent exhibitions that also provoked huge attention, served to awaken the interest of Ernest Thiel and other collectors, critics and artists throughout Europe. The collection at the Thiel Gallery includes a version of Munch’s The Sick Child from 1907 that was commissioned by Thiel. While working on it, the artist wrote in a letter that his nerves had improved, but that he had back pains instead: “The sick child is painted by a sick painter.”

This was an intense period in Edvard Munch’s life. In summer 1905, he escaped briefly to Copenhagen from Norway, after engaging in a notorious fight with his Norwegian artist colleagues Ludvig Karsten and Andreas Haukland. In the midst of this crisis, he received a letter from Ernest Thiel asking him to paint a posthumous portrait of the German philosopher Friedrich Nietzsche. The idea had been broached by Elisabeth Förster-Nietzsche, the philosopher’s sister in Weimar, Germany, and it was she who put them in touch with each other. Thiel already owned works by Munch, but the portrait of Nietzsche marked an increased interest, and he bought several paintings and a large number of prints. This boosted Munch’s financial position considerably, and it is said that the price of Munch’s art went up after Thiel’s patronage. The Thiel Gallery collection chronicles this eventful time in Munch’s life, with portraits of the artist Karsten, the philosopher Nietzsche, and his sister Förster-Nietzsche.

Thiel wanted to fill an entire wall with paintings by Munch. The artist took part enthusiastically in the planning and selection of paintings to be included. In autumn 1907, Thiel wrote with satisfaction, “My Munch wall will outshine any other in Europe – I can see that already.” In the course of the year, Thiel acquired several of the Gallery’s most striking works, including On the Bridge (1903), and The Book Family (1903). The subject matter is everyday life and people Munch had met in the old port of Åsgårdstrand in Norway. 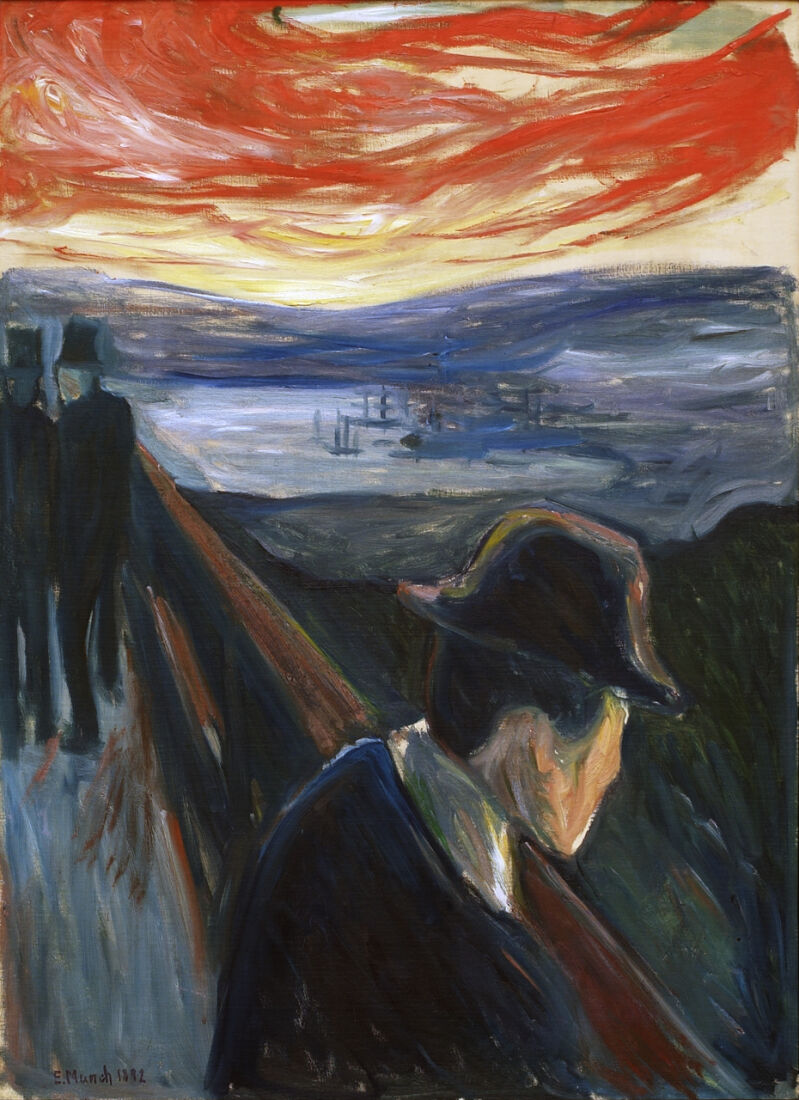 Edvard Munch had a remarkably keen eye for choosing subjects of his paintings, which are actually quite humble, and then to portray them with a monumentality and presence that conveys to the viewer a feeling of heightened reality. The dissolved brushwork of the paintings, the simplified shapes and intensified colours are intended not only to emphasise the emotional content of the motif, but also to give the beholder a glimpse of the artist behind the work, an intimation of the person who held the brush.

His painting Sick mood at sunset. Despair (1892) is dominated by a strong emotional pitch. In the foreground is a well-dressed man with bowed head, facing a sombre, mountainous landscape. The red sky and the narrow bridge railing are familiar from the composition for Munch’s most famous painting, The Scream (1893). Munch often made several versions of his most significant motifs. The painting Sick mood at sunset. Despair, which is in the Thiel collection, launched a whole series of angst paintings. While working on it, he wrote in his diary, “I was walking down the road with two friends – the sun was setting. – I felt a waft of melancholia – Suddenly the sky turned red. I stopped, leant against the railing, tired to death [...] – I stood there trembling with anxiety – and I sensed a great, infinite scream through nature –” The artist’s emotional turmoil arises in the altercation with the natural setting, and then colours his experience of the landscape, in a way that appears to dissolve the line between outer and inner life.

In spring 1907, Edvard Munch visited Ernest and Signe Thiel in Stockholm, Sweden. The artist stayed at Grand Hôtel in central Stockholm at Thiel’s expense, but visited daily the mansion on Djurgården, one of the islands of Stockholm. Munch made portraits of the couple, a full-length oil painting of Ernest, and a print of Signe. Later, Munch noted that he was not entirely happy with the portrait of Ernest, adding that he had only seen his Nietzschean side, and had not got to know the person behind the mask. A half-finished study reveals traces of the artist’s temperament: Munch has punched his hand right through the canvas in frustration. The portrait of Signe is an etching that condenses an impression of her personality and uses subtle means to create an entirely ethereal portrait.

The significance of the personal temperament of artists was vigorously discussed on the European art scene during this period: was it right to give subjectivity so much room? The Munch wall at the Thiel Gallery is not only a tribute to Edvard Munch, but also marks a commitment to all those artists who allowed life to infuse art, who imbued every brush stroke with their own perspective, and even their own presence.
Text: Patrik Steorn