Artists who had great visions but lacked economic means were of particular interest to the Swedish banker and patron of the arts Ernest Thiel (1859–1947), so it is no surprise that he was drawn to Gustav Vigeland (1869–1943). The sculptor built his life around art and appears to this day as a person who was driven far by his inner convictions. His artistic expression is far from ingratiating; on the contrary, there is a harsh sharpness – with themes drawn from the darkest corners of our inner life, such as the energies of eroticism and melancholy. Vigeland’s work was an excellent match with Thiel’s interest in self-willed artists, which in turn aligned with his profound insights into the German philosopher Friedrich Nietzsche’s thinking.

There was significant interest in Vigeland’s art in Sweden during the early 20th century, but Thiel would play the most important part in promoting his presence and reputation in the country. Thiel contacted Vigeland in the summer of 1904, writing that he had heard about him from both the Norwegian writer Gunnar Heiberg (1857–1929) and from the wholesale merchant Hjalmar Josephson (cousin to Anna Josephson, Thiel’s first wife), who had visited his studio in Kristiania. Vigeland described the challenges with a sketch that he was working on for a competition on creating a monument of the Norwegian mathematician Niels Henrik Abel (1802–1829), and also enclosed some photographs. Thiel was immediately sympathetic with the artist and sent 2,000 Swedish kronor in advance, for future acquisitions.

Around this time, the Thiel Gallery was under construction as an art gallery and home to Ernest and Signe Thiel (1869–1915). As soon as they had moved in, in early 1906, Thiel began to plan a space for Vigeland’s sculptures. He asked the artist to suggest some bronzes that would be appropriate. Four sculptures were commissioned for the park in the following order: Man med kvinna i famnen (Man Cradling Woman in His Arms, 1905), Man och kvinna (Man and Woman, 1906), Äldre man och ung flicka (Elderly Man and Young Woman, 1906) and Mor och barn (Mother and Child, 1907). Thiel consulted with Vigeland throughout the whole process – about the placement of the sculptures in the park, whether they might risk discolouration from standing outdoors, and what dimensions were required for the stone plinths. Vigeland replied that he wanted the groups to be placed at eye level, as they were on the modelling stand in his studio. The sculpture park was thus planned in close cooperation between Thiel and Vigeland, and the art collector was delighted with the result, as he put it in a letter to Vigeland: ‘… I am just thrilled with my Vigeland patio’. (6 March 1907) His wife, Signe Thiel, shared the enthusiasm, as she also put it in a letter to Vigeland: ‘I so enjoy your works on the patio, right now as so many, many times before I am looking with emotion and tenderness at “Mother and Child”, which stands outside the window of my study’. (6 October 1909)

Thiel was deeply involved in supporting Vigeland’s visions of creating public sculptures. Vigeland’s forceful expression and poetic and dramatic interpretations of human figures marked a departure from the classical tradition and contributed to transforming the perception of monumental sculpture in Scandinavia. Thiel’s support would come to have a certain impact on the growing interest in the sculptor’s work. When Vigeland, after several rounds, won the competition to create a monument over the scientist Abel, he wrote to Thiel that the committee’s decision was influenced in part by their fear that the work might otherwise be placed outside the country – that is, in Sweden. Thiel visited Vigeland’s studio in Kristiania in the spring of 1905 and bought a cast of Man med kvinna i famnen (Man Cradling Woman in His Arms, 1905). A few months later, Vigeland reported that he had landed yet another commission – from the National Gallery in Kristiania. He was convinced that the museum’s puchase was not due to any love of his work but rather because of fear. The artist seems to have apprehended that there was a motivating force in the feeling of national competition that could be used to his advantage, and Thiel was happy to play along to bolster Vigeland’s position in the public art scene.

A few years later, Vigeland began initiating a project on a grander scale: a fountain to be placed on Eidsvollsplatsen, a central square in Kristiania, as a national monument. The artist sent photographs to Thiel and began the process of drumming up support for the execution. Thiel offered to stage an intrigue to give the impression that he was interested in buying the fountain and install it in Sweden instead. In an interview in the national Swedish newspaper Dagens Nyheter in 1906, he thus provided his assurance that the sculpture group would be realised under any circumstances – whether it stayed in Norway or not. Eventually, he contributed with 50,000 of the 250,000 Norwegian kroner needed to guarantee the project. ‘This is the happiest day in my life’, wrote Vigeland in response. (9 October 1907) The fountain project indeed received support from the City of Kristiania and other financiers, but the construction was delayed. It was later relocated to the Frogner Park, thus becoming the first part of what today is the Vigeland Park. Together, Thiel and Vigeland made plans that played on the sense of insecurity in the newfound national spirit in Norway and thus made it possible to begin work on Vigeland’s grandiose park project.

Not all of Vigeland’s ideas for monuments were realised, however. In preparation for the bicentenary of the death of the Norwegian priest and poet Petter Dass (1647–1707), Vigeland created a sketch that shows the priest standing on a tall rock with his fist raised as he fights off a demon fish that has sunk its teeth into his foot. The sculpture was included in several books and has shaped the image of the poet priest in Norway, and Thiel commissioned a cast of it for his collection in Stockholm.

The years after 1900 were the most fruitful in Vigeland’s portrait art, with many busts of prominent characters from culture, politics and academy – including Edvard Grieg (1903) and Henrik Ibsen (1903) – but also of people close to him, such as his brother Emanuel (1898) and his life partner Inga Syvertsen (1907). Through the portrait commissions, Vigeland built a large network of influential people and became known for his sharp and psychologically emphatic depictions. Among the Swedish models are both King Oscar II (1903) and Alfred Nobel (1902), but also Ernest Thiel (1907) and Signe Thiel (1908), (the latter bust was never cast in bronze).

Initially, Thiel exclusively collected Swedish art – primarily by artists in the circles related to the Swedish Artists Association, the most radical association in the Swedish art scene. The dissolution of the union between Norway and Sweden in 1905 in general led to increased nationalism in both politics and culture, but Thiel was influenced in a different direction. He wrote in a letter to Vigeland that, ‘Under no circumstances could you consider exhibiting here now. Politics, as well as journalism, the filthiest of all trades, has dragged all decent notions in this country into the dirt’. (23 February, 1906) Thiel’s sarcastic statement of  the Swedes’ negative attitude towards the neighbouring country echoes Friedrich Nietzsche’s cosmopolitan outlook: ‘…Nationalism, this névrose nationale from which Europe is suffering acutely; this eternal subdivision of Europe into petty states, with politics on a municipal scale: they have robbed Europe itself of its significance, of its reason – and have stuffed it into a cul-de-sac’. (Nietzsche 1911, p. 126) Nietzsche considered nationalism a disease that would eventually pass, and the Danish artist Jens Ferdinand Willumsen (1863–1958) appears to have shared this view when he wrote to Thiel about how pleased the Danish artists were to hear of his donation to Vigeland’s fountain project: ‘We are pleased to find, once again, that art has no fatherland or certainly has nothing to do with nationality’. (5 November, 1907)

The collaboration benefited both parties. It enabled Thiel to expand his interest beyond Swedish artists and to support radical sculpture and an artist who shared his fascination with the Nietzschean cult of genius. Vigeland, on the other hand, was adept at finding support for his artistic visions, and the contact with Thiel not only provided economic support but also strategic advice, crafty moves and a solid anchoring in Scandinavian culture. 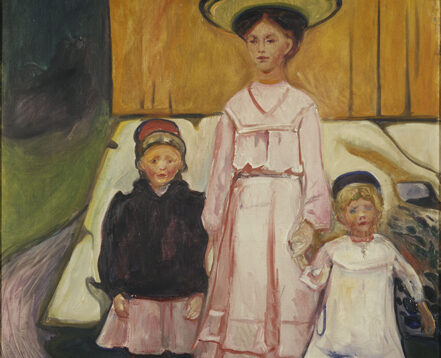 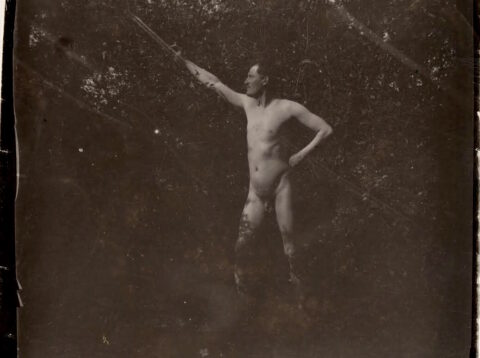 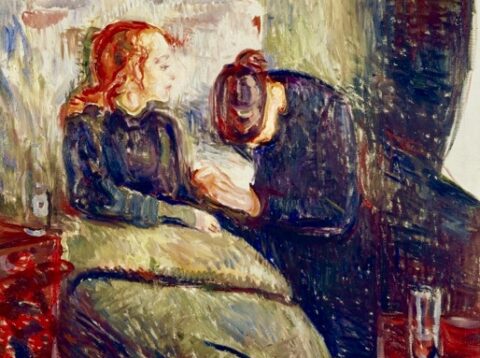