The architecture and the sculpture park at the Thiel Gallery 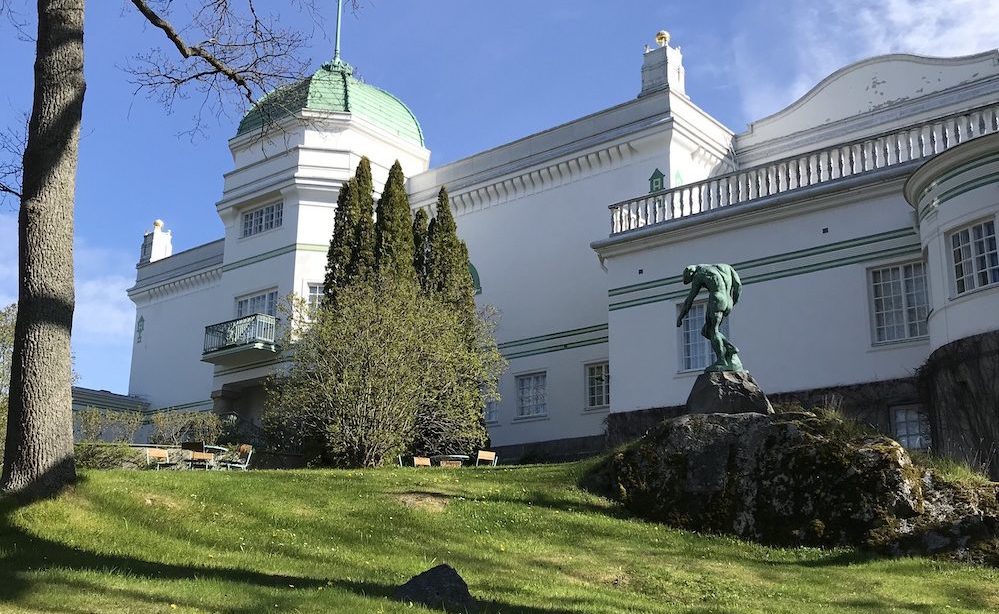 The sculpture park at the Thiel Gallery. Photo: Cecilia Rainer

The banker and art patron Ernest Thiel (1859-1947) commissioned the Thiel Gallery on Blockhusudden between the years 1904 - 1907 to accommodate his home and art collection. The architect Ferdinand Boberg (1860-1946) drew influences from the Renaissance, the Orient and the Late Art Nouveau style when he designed the house. The facade is white plastered and decorated with glazed ceramics in different colors. The roof is dominated by a dome in green brick and smaller towers with golden globes have been placed in the corners. The wall surrounding the park is also designed by Boberg, and the hilly park contains several sculptures purchased by Ernest Thiel. The park began to be planned at the same time that Ernest and Signe Thiel moved in and the gallery building is positioned to create as large park area as possible. The sculpture park, architecture and art are today an all-art piece preserved from the turn of the last century. 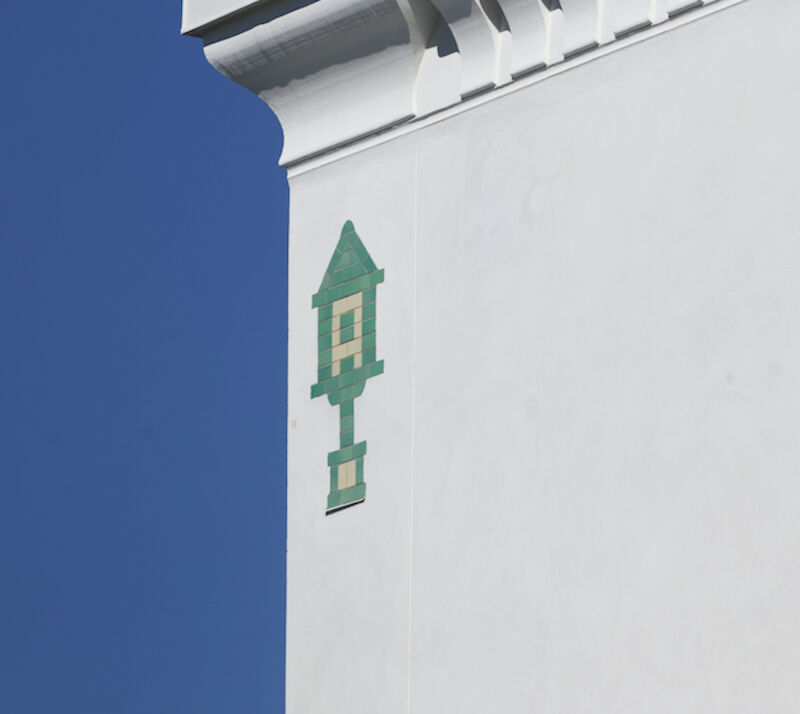 The facade contains references to the buildings that were on the site in the 1500s, and which gave the Blockhusudden its name. Boberg often drew inspiration from the place where he worked and included details from the local area in his architecture. 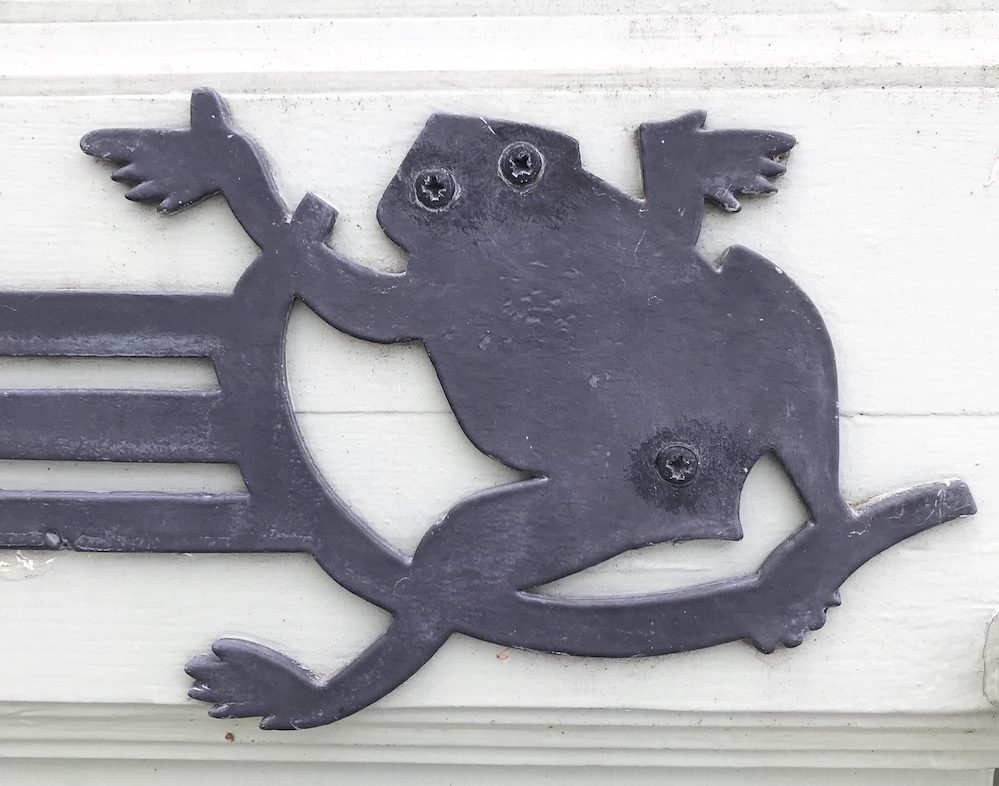 Detail on the gate to the Thiel Gallery. Photo: Cecilia Rainer

In the area at Blockhusudden there were a lot of frogs, Boberg therefore also included frogs as a detail in the architecture at the Thiel Gallery. The frog can be found on one of the gates in the wall that surrunds the museum. 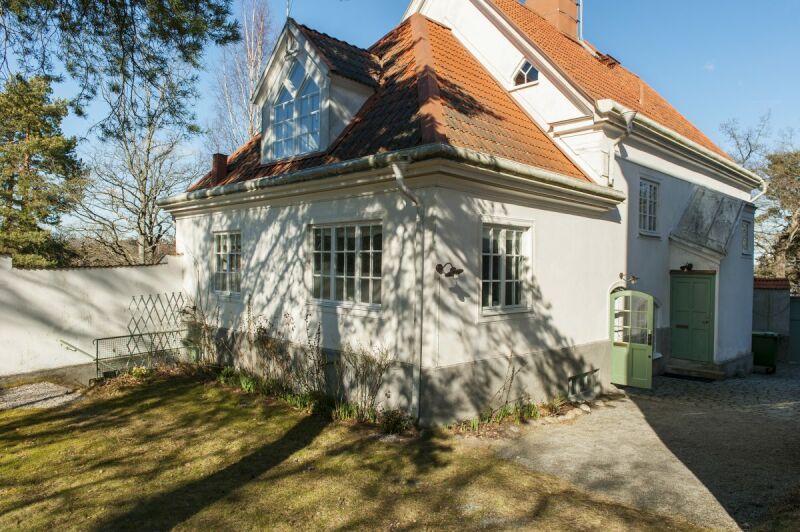 The annexe at the Thiel Gallery. Photo: Johanna Wulff.

The annexe next to the large museum building was, during Thiel's time, a stable and service residence. There was also a small powerhouse that provided the buildings with electricity. Today, the annexe is used as an office and conference room.

Auguste Rodin (1840-1917) The Shade, 1880
Rodin's sculpture The Shade is a detail from The Gates of Hell, a work of art that Rodin performed in Paris. The sculpture misses the right hand which Rodin himself must have removed because he felt that it disturbed the whole. Ernest Thiel's urn is buried under the sculpture after his whiches. 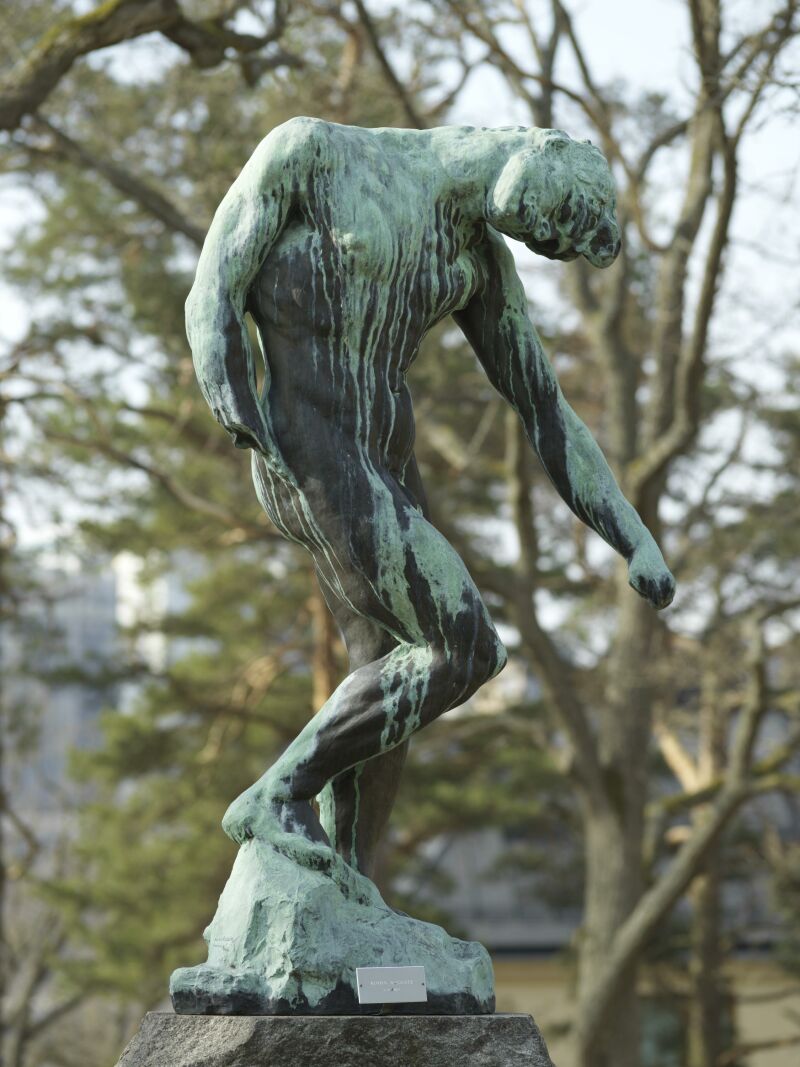 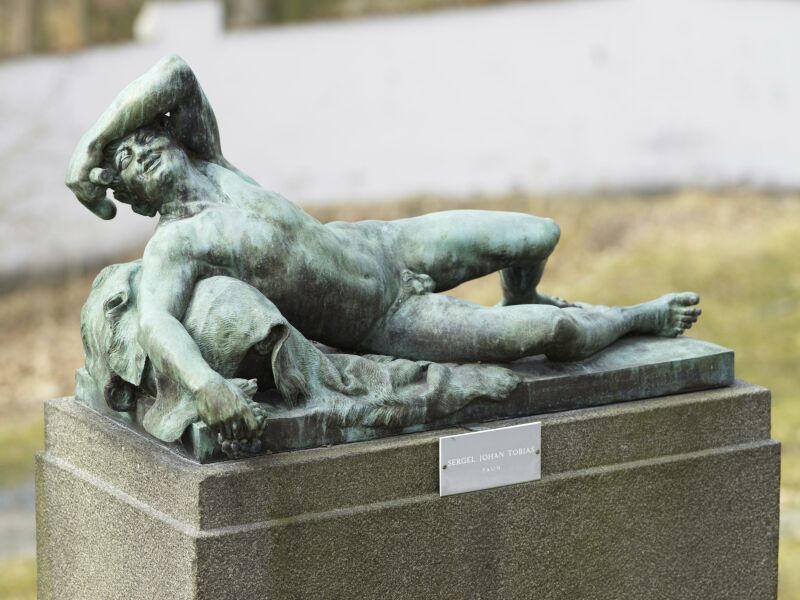 Gustav Vigeland (1869-1943)
The Thiel Gallery has the largest collection of the Norwegian sculptor Gustav Vigeland's work outside Norway. Ernest Thiel supported Vigeland financially and bought, among other things, four sculptures for his park which he came to call Vigelandterassen. Read more about Vigeland here. 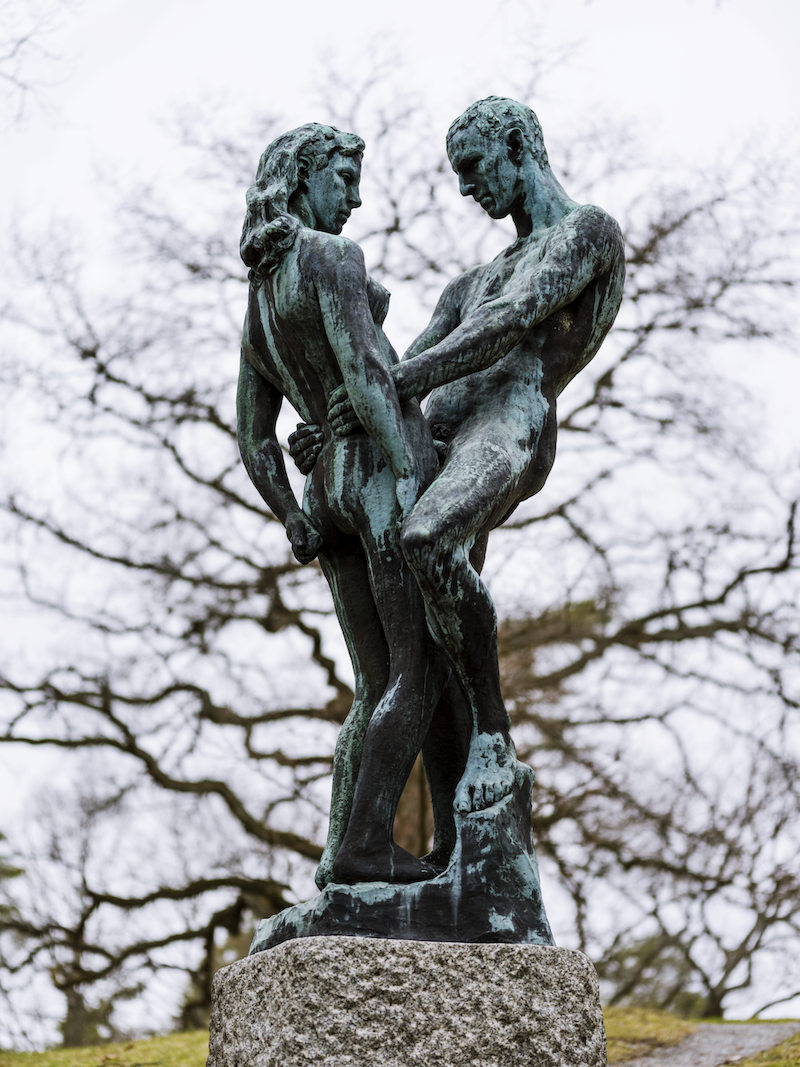 Aron Jerndahl (1858-1936) Dusk Approaching, 1902
The sculpture has been cast in bronze after a plaster model from the collection. Jerndahl's sculptures often have everyday motifs with people who work, depicted in a realistic way. 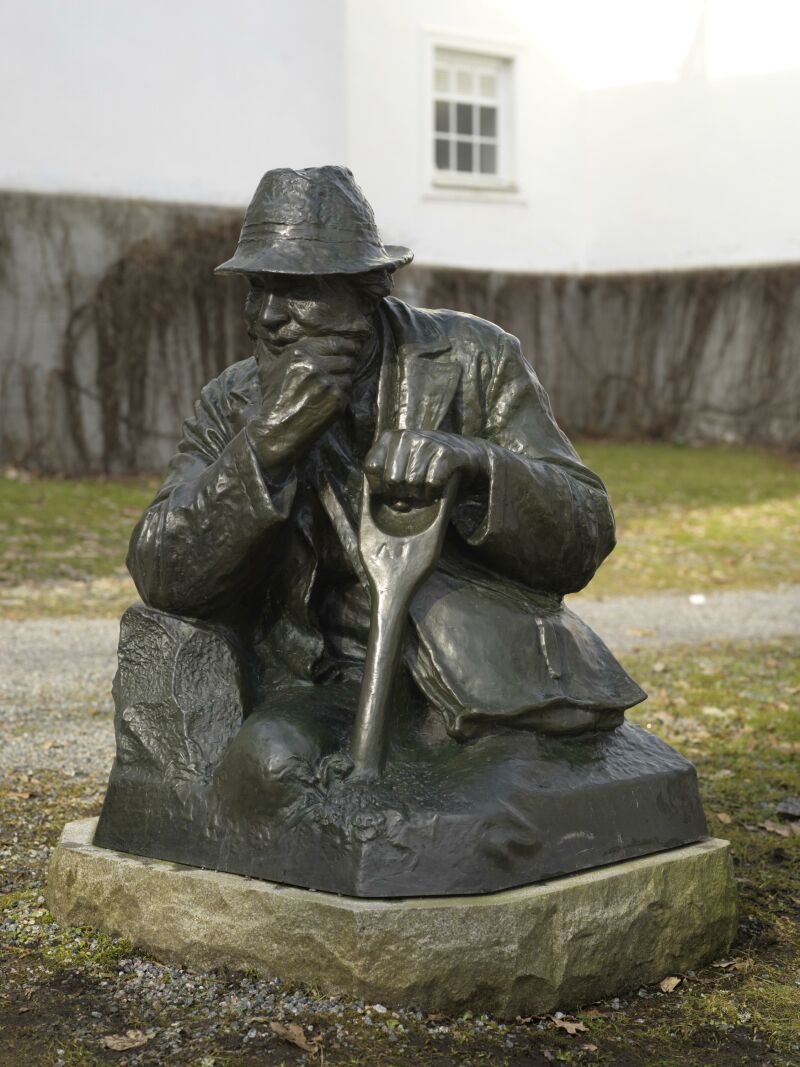